Clean oil is essential to a quick and efficient evacuation. Vacuum pump oil does more than just lubricate the internal components. Vacuum pump oil performs four functions; It seals, captures contaminants, lubricates and helps to cool the pump. Most importantly, Vacuum Pump oil is Sealing Oil and creates the seal necessary to perform in a deep vacuum.

Several factors can influence how well the oil is performing these four tasks. Moisture, the level of contamination, and quality of the oil all have a direct effect on performance. Because of this it’s crucial to monitor the condition of the vacuum pump oil throughout the entire evacuation. Due to the nature of the evacuation process, oil contamination is greatest at the beginning of the evacuation. Leaving the pump running with dirty or wet oil will significantly increase the amount of time it takes to pull the system down. If the oil begins to change color from system contaminants or moisture it may be time to change the oil, changing the oil early and as needed leads to the fastest evacuation.

Monitoring the condition of the vacuum pump oil becomes easier and more effective with vacuum pumps that feature on-the-fly oil changes. These pumps use oil cartridges instead of the traditional sump. The ability to change the oil as it becomes saturated with moisture and/or contaminants is crucial to achieving truly fast evacuation.

In addition to clean oil it’s important to use quality vacuum pump oil. Not all oils are created equally and thus can perform differently. There are several factors to consider when determining what vacuum pump oil to use, the most important being vapor pressure. Remember: A vacuum pump can only pull a vacuum as deep as the vapor pressure of the sealing oil.

Monitor the evacuation with a full range digital vacuum gauge, if the vacuum gauge stalls and cannot pull any lower this is typically an indication that the vacuum pump oil is contaminated. Change the oil early and as needed for faster evacuation. 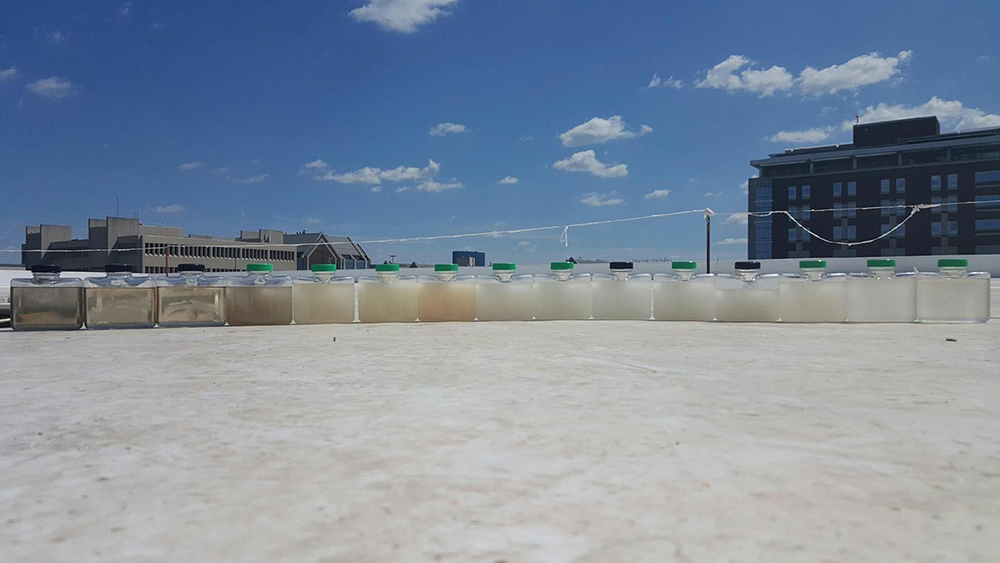 After performing an evacuation on a system it’s imperative to flush the vacuum pump with clean oil. As vacuum pump oil captures the moisture and contaminants coming from the system and carries it through the pump, any contaminated oil left in the pump after the job will begin to harm the internal components of the pump.

Before storing the pump, flush it with fresh oil until the moisture is no longer visible (It may take several oil changes to completely flush out the moisture from the pump). A little bit of oil and effort will significantly increase the life of the pump and reduce the amount of maintenance required during.

Appion’s TEZOM oil is ideal for any vacuum pump. With an ultra-low vapor pressure of < 1 micron, TEZOM oil seals better for longer. The advantage of having a lower starting vapor pressure is that moisture and contaminants have a lesser impact before the vapor pressure rises high enough to cause the pump to stall. TEZOM oil is also crystal-clear, making it easy to visually monitor the condition of the oil. The presence of moisture and contaminants in the system can be identified by a color shift in the TEZOM oil, useful for system diagnostics. For example, milky white oil is caused by the presence of moisture. Dark black oil is an indication that the system wasn’t properly brazed with nitrogen or the presence of other corrosive products.